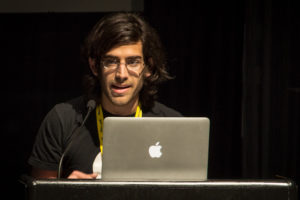 Well, Many of us know this name, Many don’t. Aaron Swartz is that name in World’s history who contributed so much to society, people and Mankind at a young age. This prodigy meet his tragic end by committing suicide. Today, We will talk about him and will enlighten the great soul of genius which is no more with us.
Aaron Hillel Swartz was an American Computer Programmer, Entrepreneur, Writer, Political Organizer and Internet hacktivist. He was born on November 8, 1986 in Highland Park, Illinois, USA to Robert and Susan Swartz. 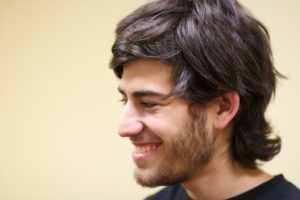 At the age of 10 or 12, he came hand in hand with a computer. He shows interest in it and the genius become a full fledged full stack developer by 13 years of age. The parents know their child is a prodigy and hence supported him. He developed and contributed various projects in his lifetime. He was one of the developer of RSS Web Feed Format, Creative Common License and Social networking site Reddit. He also developed Website Framework web.py.
Swartz was a genius by birth. In 1999, when he was 13 years old he created a website, Theinfo.org, in which anyone can provide information without copyright issue, he showed it to his school officials but they argued with him that this is a bad idea as anyone can’t write these stuff perfectly. This is the work of Journalist and Professional Authors. Later, We know the website Wikipedia is based on this idea only, which we are consuming today. This was developed by Swartz when he was just 13. 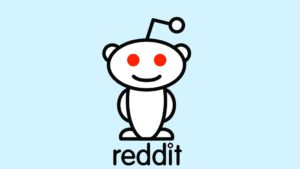 At the age of 14, he became a member of the working group that was working on RSS 1.0 Web Syndication specification. At the age of 16, he was working with Tim Berners Lee, man who created World Wide Web. Swartz went to Standford but soon dropped out in the first year only.
Once When Swartz was working on a project named Infogami, He was not happy with available system in Python Programming language. So, he develop web.py  Web application framework which was later used to rewrite Reddit’s Lisp Codebase.
Swartz has done many more things from stopping Piracy, Creating Creative Common License which is used by Youtube today and  transparency between Power and Public. Now Let’s talk about some important events in Swartz’s life.
PACER – In 2008, Swartz downloaded about 2.7 million federal court document which was stored in the PACER (Public Access to Court Electronic Records) database managed by the Administrative Office of the United States Courts.
This was the attempt to create transparency but FBI doesn’t charge him as the documents was Public but yes, not accessible and PACER was charging 8 cents per page. A Report of New York times reported that Swartz downloaded 20% of the entire database but Swartz downloaded only 2.7 million documents and PACER has around 500 million documents at that time. So, basically Swartz was able to download only 1 % of the database.
So How did he died ? Now we will see one more case.
United States vs Aaron Swartz case – Aaron Swartz always think that everything should be transparent with public and there should be freedom to gain knowledge to everyone. But Research papers were always kept secret by MIT. This thing doesn’t get digested by Swartz. For Instance, If the research is not Public and You have spent your 10-15 years of Research in a particular topic and when you finally published it, you came to know that this is already been done, then the amount of work, knowledge  and time will all go in vain but on the other hand if the research are public, then one can either start from where left or try a new topic instead. This will help the mankind to advance in a faster  pace, but MIT doesn’t allow all this. They make money from this public works by charging for each Research paper and make billions of dollars for free, But Swartz didn’t want all this to happen. So, Swartz used a full text scholarly online database, JSTOR which he accessed through the MIT network to download book, journals, PDFs etc.
At the time, Swartz was a research fellow at Harvard University, which provided him with a JSTOR account and Swartz get access with it. The Authorities said Swartz downloads the documents through a laptop connected to a networking switch in a controlled access wiring closet at MIT.
The thing happen is, On September 25, 2010. The IP address 18.55.6.215, part of MIT network, began sending hundreds of PDF download request per minute, they banned the IP but still the request didn’t stop this create load on the server, when MIT checks their network, they found the laptop but they didn’t try to touch it. Instead, they place a CCTV camera in the room. When Swartz came to take his laptop back, he got captured in the camera and then he got a lawsuit filed against him.
On January 6, 2011. Swartz was arrested near Harvard Campus by MIT police and United States secret service agent. We all know how MIT is a big part of US power.
On September 12, 2012, Federal Prosecution filed a supersending indictment adding 9 more felony counts which gives Swartz a Imprisionment of 50 years and 1 million in fine, with some plea, the punishment was reduced to 35 years.
35 years of  Jail for a Computer Crime ?
This is how you manipulate Judiciary. Swartz was given the time of 6 months to plead guilty for 13 federal crimes, which was not true actually. Swartz did not admit them and was found dead on January 11, 2013. He commit Suicide by hanging in Brooklyn Apartment. Was the crime committed by him was too big that he was forced to commit suicide. This world hates freedom and those in power hates it more as they are afraid that in this way, they will loose power on day. 35 years of imprisonment for a petty Cyber Crime and there is 7 years of jail to a rapist. This is 5 times more than a rapist gets a punishment. Afterall, He was the one who raised his voice,
Was he Right ? Its over to you.