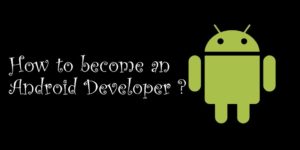 Today’s age is internet age and in this internet age, Mobile Phones are the new  boss and what makes them so addicted to them are “ Mobile Application”, either Android or IOS doesn’t matter. But the biggest market share of 76.03% is captured by android so we will talk about it today.
So, you also want to make an android application, The reason could be anything, either you want to learn it because it will give you an edge when applying to job or you are a business and wants to take your products and services online or you just want to try new things out. Ultimately, you want to learn how to make an Android Application or how to become an android developer. So, Don’t worry and Follow me.
This is an overview or a macro guide to Android Development. For Android development you need two things first: 1.    Coding – Now, Many of you makes up a face with this word – Code, like “ who takes the big fuss on head like Coding, It’s hard and boring too”, but believe me, its not. Coding is as simple as making Maggi in India, You just have to learn the procedure. So, In this case, Most of the application are based on JAVA.

JAVA is an object-oriented Programming Language which was developed by Sun Microsystems in 1991, now owned by Oracle.
Another Language which is used nowadays is Kotlin provided by Jet Brains and supported by Google from 2017 I/O developers’ conference. Well, we will not talk about the Kotlin in detail today.
Next important thing is : 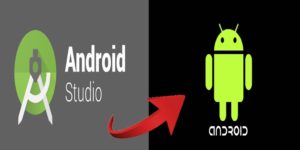 2.    SDK – SDK stands for Software Development Kit. It is basically a platform to interact with the code you write. It creates an environment for developers to execute and output its lines of code and In this case, Android Studio is the number one choice.

Android Studio is the official integrated development environment for Google’s Android OS, builts on Jet Brains’ IntelliJIDEA software and designed specifically for Android development.
Now, these are the two things you must have in order to make things happen one is the ability to code and the other is the Environment which is the Android Studio. Now you have just to do trial and error with your SDK and with your skills. Work on some sample project. Make some new apps by yourself, start with static one (Don’t worry I will get a tutorial for you). Practice a few hours a day. The More you practice, More you learn.
One last thing, if you can afford just go under a instructor to take the things to the next level, a short course of few months in enough, but this condition is only applicable when you got some skill in your hand. Taking about the coding part. I will make a tutorial series of it soon. So, stay tuned.